Located to the south east of the City of London, Bexley is one of the most important among the Greater London boroughs. The area contains both residential districts of urban and suburban character and commercial streets that attract local residents and visitors alike. Let’s have a look at some of the key areas in the London Borough of Bexley and the things they stand out with.

By starting off with Colyers DA8 we can clearly demonstrate that Bexley is a place where you are going to feel very comfortable in case you decide to relocate here. The thing is that Colyers is a ward that is going to offer you all the major amenities as well as easy and stress free access to vital locations in the capital that are needed in order to make life here really comfortable. What is more, you will be able to choose from three districts in which to settle down in. The ward of Colyers actually consists of parts of Barnehurst, Erith DA8, DA18 (starting point of the “London LOOP” walk) and Northumberland Heath. 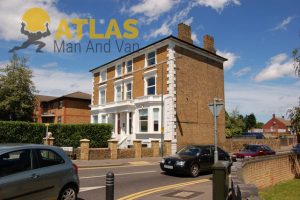 Another pretty great area albeit small area that is considered to be among the finer residential locations in the London Borough of Bexley is Crook Log DA6. The name refers mainly to the locality around Watling Street (the A207) within the borough. The origin of the name is most likely from the Inn that stands in the centre of Crook Log and that has been in existence since at least the beginning of the 19th century. Crook Log is some 17.5 kilometres away from Charing Cross but that should not scare you at all, because the transport links to Central London, as well as other key commercial locations in Greater London from here are very well accommodated. As we have already had the chance to mention, a major landmark here is the Crook Log Inn. Another one is the sports centre that is to be found in the northern premises of the district.

Other important areas in Bexley

There are a few more key areas in the borough that you would like to be acquainted with. One of those places is the district of Crayford DA1. Located just to the east of what is considered one of the nicest residential districts and at the same time – an open green space – in the borough, e.g. Bexleyheath, Crayford is a great place to relocate to with your family as well. In the 19th century the area was known for its industrial estates, but we can assure you that it character has changed a lot since then. To people from other parts of London Crayford is primarily known for its greyhound racing track and that it is home to the so called Hall Place, a Scheduled Ancient Monument that has the River Cray running through its magnificent gardens. If you find yourself in Crayford and would want to do some shopping, you should definitely drop by the High Street. 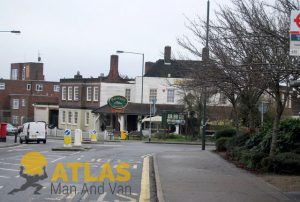 Falconwood SE9, DA16 would be the perfect place to be if you want to make your home in a comfortable suburb that presents you with the peace and quiet that you are so desperately after, while at the same time offering you very quick and easy access to some of the busiest locations in the capital – from the nightclubs in East End to the City or Tower Hamlets. What is even better, Falconwood is home to some of the finest schools in the London Borough of Bexley such as the Bishop Ridley CofE Primary School, Harris Academy Falconwood, formally Westwood College, and of course the Stationers’ Crown Woods Academy.

The last place we would like to bring your attention to is Foots Cray DA14. The area is centred around the local All Saints Church that happens to be among the oldest buildings in Bexley. It is known for the huge plant run by Coca-Cola which gives employment to many local residents. The area is served by the following train and tube stations – Sidcup station, Albany Park railway station and St Mary Cray station.

As you can see Bexley has a lot to offer to you and you will not be disappointed if you choose to live there.