Located to the south west of Central London, the borough of Hounslow is a major residential and commercial area with an estimated population of 265 568 people. The area is home to a number of notable landmarks that definitely deserve your attention.

The most interesting sights in the London Borough of Hounslow

When we are talking about places of interest in these parts of the London metropolitan area, we cannot miss to start with the celebrated Chiswick House. Located in the district of Chiswick, it is hailed as probably the best preserved Palladian villa in England today. The Neo-Palladian architecture is characterised by revival of the classical Roman styles of architecture, mixed with typically British tastes. The Chiswick House was originally built in 1729 by  Lord Burlington for  Richard Boyle, 3rd Earl of Burlington, and after the Earl’s death was inherited by none other than his daughter, the famous Charlotte Elizabeth Cavendish, Marchioness of Hartington, 6th Baroness Clifford. The Chiswick House follows the design of the typical Roman countryside villa, but it also draws inspirations from several 16th century Italian buildings. It is said to be directly inspired by Andrea Palladio’s Villa Capra. A lot can be said about its styles and architecture, but the truth is that it is always better to just drop by and see it yourself. Additionally, the Chiswick House, which is today public property, has a very nice garden open to visits. 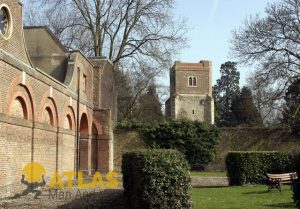 Another interesting architectural landmark in the borough is to be found in the leaf beautiful district of Cranford. The local St Dunstan’s Church is in the middle of Cranford Park. Now, the oldest surviving part of the building is the church tower, which is dated to the 15th century – that is impressive in its own right. There is evidence however that there was an even older structure on that place – it is recorded in the Domesday Book of 1086. If it was just for the old building, the St Duncan’s Church might not have been so interesting, but it also contains a number of pretty interesting monuments. The biggest among them is dedicated to Sir Roger Aston (d. 1612) and his wife Mary (d. 1606), sculpted by William Cure I, another one is that of  Elizabeth, Lady Berkeley (d. 1635), with a marble effigy by Nicholas Stone – both are listed by the English Heritage as possessing great historical importance.

Feltham, in addition to being famous as the birthplace as such legends of the English rock music as: 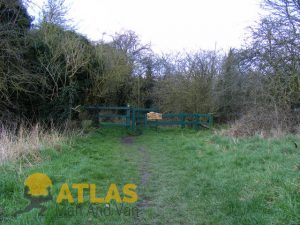 is also the place where you will find some of the best leisure facilities in West London. The district has a higher number of open green spaces than any other location in Greater London. Hounslow Heath is of course the most extensive among those. The first airfield in the history of London was built namely here – it was the  London Air Park at Hanworth. Today it is a well regarded public park. Sporting facilities of the highest quality are to be found within the grounds of Feltham Community College and the Rivers Academy West London too. There is also a large Orchard in East Bedfont (a local neighbourhood) that is being used as training and playing grounds by the  Non-League football club Bedfont & Feltham F.C.

Other notable places to visit in Hounslow

There is very little doubt that Hounslow can provide you with quite a lot of entertainment as well as things to do in your free time. If you have a free day, make sure to check out the following places: